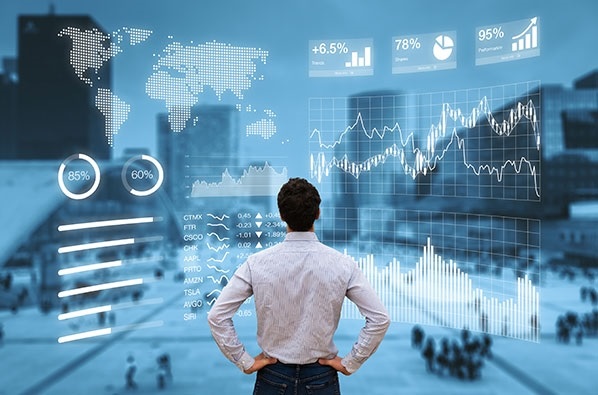 Has the Economy Begun to Recover?

As coronavirus restrictions ease and businesses reopen, the American economy should gain steam. Data released in May and June, including employment, payroll, and manufacturing numbers, suggested the economy may have hit bottom in April.1

The stock market, which reflects what investors think will happen in the future, appears confident the economy will recover relatively quickly. After dropping 1,000 points in late February and early March, the Standard & Poor’s 500 Index bounced back and has moved higher. The swing higher included the Index’s biggest 50-day rally in history, a gain of 37.7 percent, reported Pippa Stevens of CNBC.2

The bond market also signaled expectations for economic improvement. Bond yields have been very low in 2020, in part because the Fed funds target rate is near zero. In May and early June, bond yields began to move higher. “There’s been a disconnect between the two markets [stock and bond], and today’s action was the type of correlation they normally should have with stocks and rates rising, as bonds sell off,” reported by Patti Domm of CNBC in early June.1

It’s difficult to know whether investors are being too optimistic or not optimistic enough because this recovery has a complicating factor: COVID-19. Even though people are returning to work, the virus has not disappeared, a vaccine has yet to be invented, and there is no known cure for the disease. As a result, the economy may advance in fits and starts.3

Demand and consumer spending are likely to accelerate slowly

For the economy to recover steadily, we need businesses to reopen and consumers to spend the way they did before the pandemic. Three factors may inhibit consumer spending as the economy reopens: COVID-19, unemployment, and higher savings rates:

COVID-19 caution. A May survey found more than half of Americans are eager to get haircuts and indulge in other personal services. More than 40 percent plan to begin shopping in retail stores again. However, the majority do not plan to patronize movie theaters, sporting events, or hotels; engage in air travel; or use public transportation for at least three months, according to S&P Global Market Intelligence. It’s possible that won’t change until we have a vaccine, an effective treatment, or a cure.4

High unemployment. A second factor affecting demand is unemployment. People who are unemployed, typically, spend less than they might have if they were employed.5

The May Employment Situation Report indicated U3, which is the official unemployment rate in the United States, was 13.3 percent. The U6 rate, which includes discouraged workers and part-time workers, was 21.2 percent.6, 7

As the economy reopens and people return to work, spending may increase.

Rising savings rates. The coronavirus crisis communicated the importance of emergency savings in a way few events could have. Americans appear to have received the message. In April, the U.S. personal savings rate increased to 33 percent. It’s possible the savings uptick was due to coronavirus restrictions and a dearth of spending opportunities. It’s also possible Americans have decided to begin saving more.9

The alphabet soup of economic recovery

Analysts have suggested we could see a V-, U-, W-, L-, or swoosh-shaped economic recovery. The letter refers to the shape of a chart showing gross domestic product (GDP), a broad measure of economic growth. Colby Smith of Financial Times reported:10

“The most optimistic forecast of the bunch – the V-shaped rebound – was once enthusiastically adopted, as some analysts likened lockdowns to a self-induced coma. But many investors and policymakers have now dismissed that idea, suggesting a much less robust resurgence after what may well be the worst economic downturn since the Great Depression.”

Bank of America surveyed global fund managers in mid-May and found just 10 percent anticipated a V-shaped recovery. The majority (75 percent) expected a more prolonged U- or W-shaped recovery, reported Ksenia Galouchko of Bloomberg.11 Of course, that was before May’s unexpected employment report.

It’s impossible to know exactly what the future holds. Too many parts are in motion for anyone to make predictions with certainty. The shape of our economic recovery depends on COVID-19 and medical innovation. If the virus disappears in warmer weather, we may see an upward swing as colder weather settles in and possibly bring a second wave of infection. This could lead to a slower economic recovery.

Until the world has access to vaccines that reduce infections and therapies that reduce fatality rates, life may not return to ‘normal.’ Recovery may take time. No matter how rapidly the economy recovers, our world is likely to be greatly changed.